DUBIOUS FUTURE FOR THE AUSSIE ICON 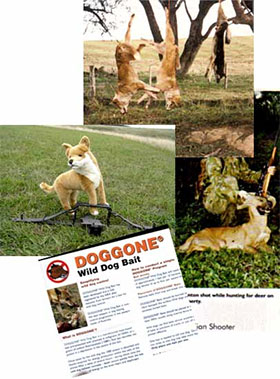 There is no way that our Sanctuary, or indeed any/all of the dingo breeding sanctuaries in Australia today combined can save the species, Canis dingo. We estimate that there are a maximum of 75 breeding pairs of recognised pure dingoes in captivity.

The pure dingo in the wild is doomed — according to Dr. L. Corbett, who predicted (wrongly) that 2010 would see their end.

Whilst we hope that you will always be able to see them here at the Sanctuary, it is our underlying mission that dingoes be reintroduced back into the wild.

If you are one of the 87% of Australians who love the dingo and expect to see it preserved, please contact a politician, and keep at it, until the dingo is recognised officially as “wildlife” and protected, both at state and national level.

Weighing in at an average of 15kgs, compare the dingo with the top order predators of Africa, the lion, leopard; or India, the tiger, Asiatic lion; or North America, the bear, puma. This wide divergence of biomass points to the fragility and uniqueness of Australia’s environment.

The world is surging to save its crucially important predators from extinction, yet extermination remains “the only choice” on the menu for Australia’s diminutive top predator. 1080 poison – banned as eco-toxic elsewhere, is air dropped in our national parks – steel jawed traps are still the order of the day in Queensland, and shooting and deliberate disease spread are practised widely.

To put a stop to this ONLY the politicians have the power. The dingo MUST be urgently removed from vermin and pest animal lists. Please write to your local member and beg or demand that this happen. Scientists cried the warnings for the Thylacine, just as they are doing for the dingo. Politicians did not listen then and they are not listening now.